Sgt. James John Regan, was born June 27, 1980, in Rockville Centre, N.Y. He was killed by known enemies of the United States when his when his vehicle was struck by an IED in northern Iraq, Feb. 9, 2007. He was assigned to Company C, 3rd Battalion, 75th Ranger Regiment at Fort Benning, Ga. 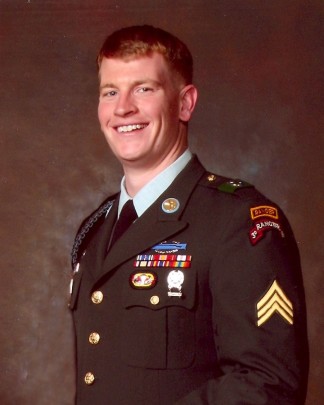 After graduating from Chaminade High School in Mineola, N.Y., Sgt. Regan attended Duke University, Durham, N.C., where he majored in economics with a minor in business and marketing.
During his high school years, Sgt. Regan excelled in academic, sports and community achievements. In 1997, he was earned a spot on the New York State Empire Lacrosse Team.

It was while he was a senior that his that he earned All American Lacrosse Player, All State Scholar for football and Nassau County Sports Commission Award for Outstanding Academic Achievements, Athletic Achievements and for Service to the Community. Because of his successes on the lacrosse field, Sgt. Regan was recruited by Duke University on lacrosse scholarship. As a mid-field lacrosse player, he helped the Duke team reach ACC Championships in 2001 and 2002 and they played in the Final Four in 2002.

He later volunteered for military service and entered the Army Feb. 11, 2004. During

Infantry Basic Combat Training, he graduated first in a class of 400 as the “Soldier of the Cycle” in May 2004. By September 2004, he had completed the Basic Airborne Course and Ranger Indoctrination Program at Fort Benning.

Assigned to 3rd Bn. in September 2004, he served as a machine gunner and gun team leader. Sgt. Regan was on his fourth deployment in support of the Global War on Terrorism and serving as a fire team leader with his company when he was killed.

In addition to a previous deployment to Iraq, Sgt. Regan had also deployed to Afghanistan twice supporting Operation Enduring Freedom. He was promoted to the rank of sergeant on Feb.1, 2007.

He was posthumously awarded the Bronze Star Medal, Meritorious Service Medal and the Purple Heart Medal.

Sgt. Regan is survived by his parents, James P. and Mary R. Regan of Manhasset, his sisters Maribeth, Colleen and Michaela, and his grandfather John Desmond. He is also survived by his fiancée, Mary R. McHugh of Atlanta, Ga., who is a third-year medical student at Emory University. 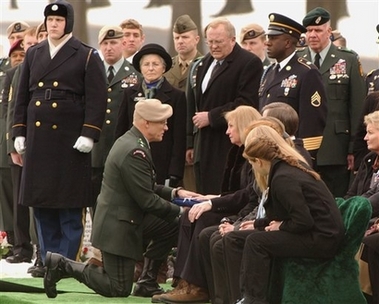